Some of Us Went Dancing….

25 First California Company members and guests were entertained and several participated in the demonstration of 17th century English Country dancing at our winter meeting in Riverside on Saturday, January 19. It’s not often that we get to do so, and, as Governor Ginny Gotlieb later noted, “All that dancing really got us going!” (Editor’s note: click on any picture to enlarge it and get more detail)

As presented by the EnglishCountyDancing.org of Riverside, our group learned about the history of the form of dancing that was enjoyed when Jamestown served as Virginia’s colonial capital, and on through the 18th and into the early 19th centuries.  This was an important part of our ancestors’ culture and recreation.

We had a historical setting for our luncheon and meeting at the Mission Inn, which has been a main feature of Riverside since the last quarter of the 19th century.

We held our business meeting following the luncheon, which included several announcements by Governor Ginny Gotlieb:

The program on English Country Dancing followed the business meeting. 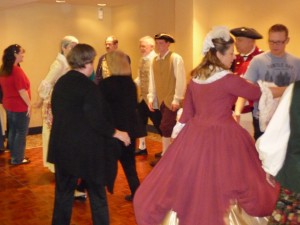 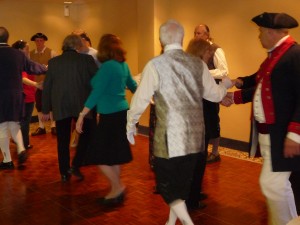 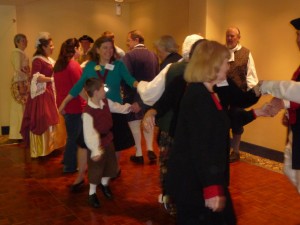 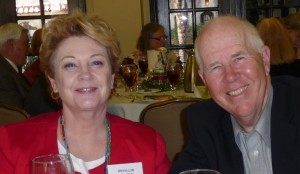 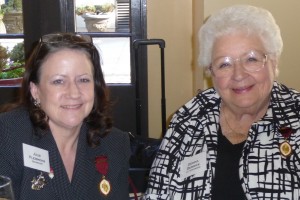 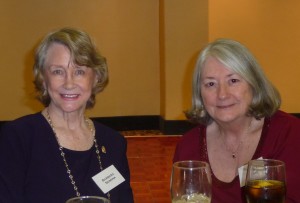 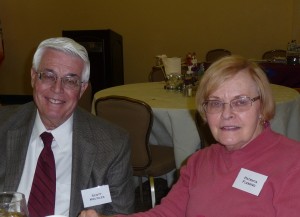 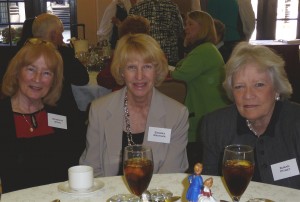 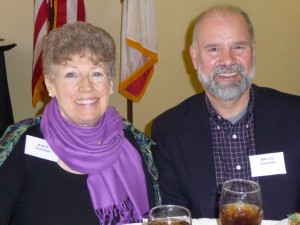