A New Book about our Jamestown Ancestors

We have good news for those who want more details about ancestors who were in Jamestown before 1634 and those who arrived after. 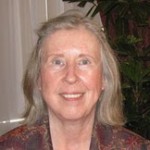 She advises us, “It’s not a sequel to VI&A, but features Jamestown landowners, public officials, native leaders, and minorities. What I suspect people will find helpful is the introductory section on the formation and evolution of the various counties. Greg Brown did some lovely maps depicting some of the changes that occurred.”

The publisher’s announcement describes the book, and includes price, ordering information and ISBN number for your reference. It also includes a link to an index of all the individuals who are named in the book.

We also featured another of her recent books (Jordan’s Point, Virginia; Archaeology in Perspective, Prehistoric to Modern Times) in our post on November 19, 2011.