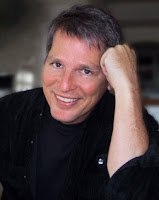 First California Company member Billy Pittard has been named the new Chairman of the Department of Electronic Media Communication at Middle Tennessee State University.  He previously served on the Board of Professional Advisors.  Pittard and his family moved back to his hometown of Murfreesboro, Tennessee in August.  Pittards were among the earliest settlers here.  MTSU, the oldest and largest public university in the state,  will welcome over 26,500 students this fall as it celebrates its 100th anniversary.

The MTSU News press release quotes Dr. Roy L. Moore, dean of the College of Mass Communication: “The search committee, EMC faculty and I were highly impressed with Mr. Pittard’s credentials and his vision for moving the department to new heights of excellence and even greater prominence. We are all looking forward to working with him.”
Pittard responded,  “I’m thrilled to be moving back to my hometown and joining MTSU’s faculty. It almost feels like I’ve been preparing for this opportunity for my entire career. I’m very excited about the prospects for taking the EMC department to the next level. Electronic media are no longer the exclusive domain of large media companies; these days, essentially every business is a publisher of electronic media, and the possibilities are almost endless.”That’s a very exciting proposition for our students, our University and our community, and that’s what the EMC department is all about.”
Pittard’s extensive resume includes 10 years in television news, more than 200 TV network brand identities around the world, 30 documentary films and interaction design and content for a wide range of media platforms, notes the press release. He also has won five national Emmys, among more than 900 industry awards, and received several patents on his work. A member of the college’s Board of Professional Advisors and part of its Wall of Fame, Pittard has been recognized as an MTSU Distinguished Alumnus for Professional Achievement.
He currently is president of Pittard Inc., a consultancy that develops innovative applications and production of digital media and helps companies with branding, marketing communications and media-product development. He also worked with Lynda.com for the last three years as programming adviser, executive producer for documentary films and vice president of content, was founder and president of Pittard Sullivan and served as manager of design for KCBS-TV in Los Angeles and art director for WNGE-TV/WKRN-TV in Nashville.
We were extraordinarily lucky to have had Billy Pittard contribute his professional expertise to the First California Company.  Billy launched our excellent online newsletter/blog last summer.  With articles posted nearly every month, it is the key source of information for Company activities and interesting Jamestowne information.  He has also volunteered as staff at our Jamboree table.  We send best wishes and appreciation for his dedicated contributions to the First California Company.
To learn more about Pittard’s work, visit his website at www.foryourinspiration.net
This entry was posted in First California Company, Jamestowne Society, Pittard. Bookmark the permalink.