We introduce four new members that have joined our company in the past few months:

Robert Eric (Bob) Holcomb descends from Richard Cocke, founder of the Henrico county branch of the Cocke family and settled in Virginia about 1627. Cocke served several times as a Burgess and eventually owned about 10,000 acres in Henrico County, most received for having transported 220 people. Bob first learned about genealogy from family members in his early teens and recently took it up again, discovering his ancestry from Thomas Holcombe, a founder of Windsor, CT, and other New England and Mayflower families. He is a member of SAR, Order of the Crown of Charlemagne, Winthrop Society and, most recently, the Jamestowne Society.

Bob is retired from the real estate development business and lives in San Marcos. 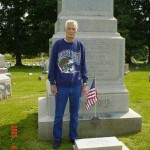 James Alan (Jim) Shepherd descends from John George, who came to Virginia before 1635. He was a Colonel in the Isle of Wight, County Militia and served in the House of Burgess for two terms.  Jim’s genealogical journey began in 1986, when his mother died and he inherited old family pictures, of which he made copies for family members. He researched the names in all as far as he could, to Pennsylvania, Maryland, Virginia, New Netherlands in 1663 and Boston, Massachusetts in 1631.

He served as Virginia Branch Registrar of The Huguenot Society of the Founders of Manikin in the Colony of Virginia, and is also is a member of the Jamestowne Society, Winthrop Society, GS Pennsylvania Society of Sons of the Revolution, NS Sons of the American Colonists, Order of the First Families of Maryland, First Families of Tennessee, Descendants of Founders of New Jersey, Early Settlers of Montana. He also has replaced the gravestones or markers of four Revolutionary War soldiers, the last in 2010.

Jim served in the US Marine Corps for twenty-two years, retiring in 1980 as a Lieutenant Colonel. He then worked in the private sector and real estate until 2010 and lives in San Diego.

Leon L. Smith, Jr., descends from Richard Foster, a Burgess for Lower Norfolk, 1656 and 1658, and married to Susan Garnett. 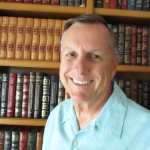 Leon began his genealogical search in 1981 and is also a member of the Welcome Society of Pennsylvania, based on Quaker ancestors who accompanied William Penn to the New World on the ship, Welcome, in 1682, and the South Coast Chapter of SAR. He has since added fourteen patriot ancestors to his initial patriot ancestor. He also participates in the SAR color guard (1776 Continental Marines) at local parades and flag presentation ceremonies.

Leon served almost 30 years with the Los Angeles Police Department as a police student worker, policeman and detective and lives in Mission Viejo.

Ward C. White’s qualifying ancestor in the Jamestowne Society is John Hodsoll, an investor in the Virginia Company of London (3rd Charter of 1612). 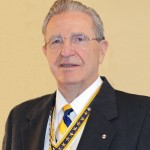 Ward’s interest in genealogy originated in the early 1930’s when he attended many family reunions and was exposed to genealogical research. He reactivated his interest in genealogy while recovering from heart surgery in 1998. He picked up where his parents left off and with computer aided research, he was able to expand the family tree to over 25,000 distant cousins and grandparents in many generations. Ward has been active in many genealogical societies for more than 17 years, and currently holds officer positions in several, including the National Huguenot Society in California; Order of Founders and Patriots; Los Angeles Colony, Society of Mayflower Descendants, Society of Colonial Wars in California and Eddy Family Association in America.