Our 2019 Winter Meeting Was Held in Temecula, Featuring the 400th Anniversary of the First Recorded Africans in Virginia 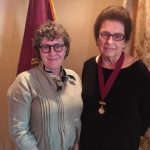 Lt. Governor Marty Sommercamp introduced the speaker, Michael Oddenino, whose topic was “The 400th Anniversary of the First Recorded Africans in Virginia.” Here is a summary of his remarks:

“1619 was significant as marking the first time African slaves arrived at the first permanent English settlement in the New World – Jamestown. Of course, the Spanish had the first European permanent settlement in what is now the U.S. in St. Augustine, Florida.

“Spain became the richest country in the 16th and 17th centuries as they reaped the riches of conquests in Mexico and Peru. Other European countries aspired to emulate the wealth gathering that made Spain the envy of the world at that time. Spain enforced their claim to the New World by aggressively attacking whomever they viewed as interlopers. The French Huguenots at Fort Caroline (in what is now Jacksonville, Florida) were wiped out by the Spanish at St. Augustine in 1565.

“The Virginia Company of London, in financing the new settlement in Virginia, specifically advised the settlers to establish themselves sufficiently upstream to better guard against Spanish attack. The James River and Jamestown Island appeared to satisfy the goals of protecting against Spanish attack as well as Indian attack. What the location did not offer was gold and silver like Mexico and Peru. That lack of easy riches led to challenging times for the Jamestown settlers.

“John Rolfe, who married Pocahontas, saved the economy of Jamestown by importing ‘sweet’ Spanish tobacco from the West Indies, resulting in a cash crop that proved invaluable to the fledgling English settlement. A shortage of labor made new settlers and other arrivals most welcome in exploiting this crop. The arrival of Africans in 1619 marked an increase in much needed labor for Jamestown.” [Ed. note: The “20. and odd” Africans who were landed in 1619 were captured by a Dutch-flagged English privateer in the Caribbean from a Portuguese slave ship and brought to Virginia. While this marked the beginning of a supply of  involuntary labor for Virginia, most of the needed agricultural labor in subsequent decades came from the transport of tens of thousands indentured and other English who vastly outnumbered Africans for most of the 17th century. The emergence of chattel slavery and mass import of Africans would only occur later in the century after the flow of English indentured servants would diminish.] 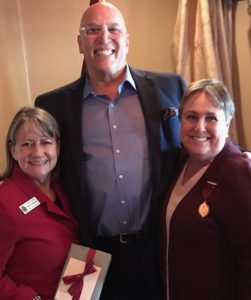 “African slaves were in other parts of the world at that time. The Arabs had been taking Africans as slaves since the seventh century into the 19th century. Blacks had been enslaving other blacks in Africa for some time by 1619. The Portuguese had been taking slaves from the west coast of Africa to the New World in the 16th and 17th centuries. They also enslaved Brazilian Indians at that time. White Europeans were being taken as slaves in the 17th century by Arabs in North Africa. The majority of the population in Russia in 1619 was made up of white serfs, who were slaves by another name.

“The arrival of the first Africans to Jamestown in 1619 wasn’t a race issue, rather a labor issue. Throughout history slavery was more a function of the spoils of war rather than a race issue. A fascinating significance of 1619 in Jamestown is that approximately one month before the arrival of the Africans, the first representative assembly in America was convened. Virginia Company officials sought to promote the Jamestown settlement as being governed by the rule of law, that is to say, that all people are created equal under the law.

“1619 represents an interesting intersection of slavery, liberty, and democracy. We look to Lincoln‘s Gettysburg Address for the most articulate commentary on the challenges faced by our country as a result of slavery and the loftier aspirations underlying American democracy. The events of 1619 in Jamestown reverberate down to our times today as we continue to struggle with the challenge of insuring that the rule of law is more than aspirational. The issues and forces connected to slavery in America continue to present a struggle with that Jamestown combination of slavery, liberty, and democracy. It all began in Jamestown.”