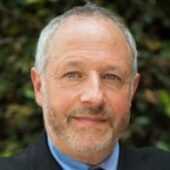 The First California Company of the Jamestowne Society will hold its Fall 2021 meeting by Zoom at 11 AM on Saturday, 30 October 2021.

Our speaker will be Professor Peter C. Mancall of the University of Southern California, whose work has focused on Colonial America, Native Americans, and the early modern Atlantic world. He will be discussing the early encounters between the Powhatan Indians and the English at Jamestowne, and the lead-up to the massacre of 22 March 1622.

Dr. Mancall is the USC Andrew W. Mellon Professor of the Humanities, Professor of History and Anthropology, the Linda and Harlan Martens Director of the USC-Huntington Early Modern Studies Institute. He is the author of seven books, and edited Virginia 1619: Slavery, Freedom, and the Emergence of English America (with Paul Musselwhite and James Horn), and is currently writing American Origins, which will be Volume One of the Oxford History of the United States.

In May 2009, Dr. Mancall discussed for us A New World, England’s First View of America, featuring John White’s watercolors (his keynote speech given at the Yale Center for British Arts exhibit); at the San Diego Yacht Club.