Our Pocahontas/Rolfe Wedding Anniversary Commemoration Was A Success

The meeting’s theme was an early commemoration of the 400th wedding anniversary of Pocahontas and John Rolfe that will be celebrated at Historic Jamestown on April 5. Our speaker, Karenne Wood, an enrolled member of the Monacan Indian Nation and Director of Virginia Indian Programs at the Virginia Foundation for the Humanities, discussed Pocahontas and Women’s Roles in Virginian Indian History, including a review of  romanticized Pocahontas mythology and women’s unrecognized important status, role and cultural functions among American Indian tribes and nations.

Five Pocahontas descendants who were present were recognized. Treasurer Harry Holgate delivered a nuptial toast, and wedding cake was served as dessert for the luncheon.

Here are the first photos of our event. Please watch this page for more photos and details and information in the near future. 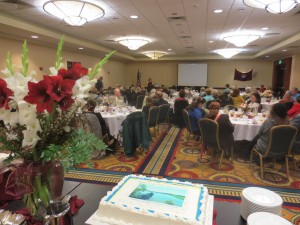 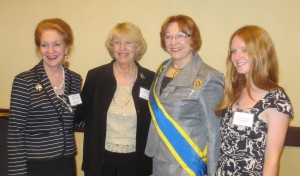