Anticipating Thanksgiving: We Learn Our Ancestors’ Culinary Customs at Our Fall Meeting

A message from Governor Donna Derrick: 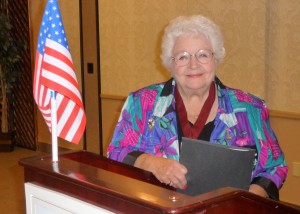 The changing season was evident as we traveled through the fall countryside to the meeting. Fall meetings are considered something of a “homecoming.” The camaraderie with those of common lineage bonds and interest in the first permanent English colony in this new world is always evident when we gather together.

As the holiday season is upon us, I want to take this opportunity to wish you all a Happy Thanksgiving, a very Merry Christmas and Best Wishes for a Happy New Year. If you were not with us to enjoy our November meeting, I hope to see you in January when we will again gather together. Here are some items of interest and highlights of our meeting. The best for 2015!

43 members, prospective applicants and guests gathered for our 2014 Fall meeting on November 22 at South Coast Winery and Spa in Temecula Valley, north of San Diego.

Following the Council meeting that ended at 11:30, there was a half-hour of renewals and discovery of ancestors and old and new friends. The widespread group ranged Southern California from Tehachapi in the north to San Diego in the south, as well as Irvine, Monrovia and Sherman Oaks. Governor Donna Derrick convened the meeting at noon with brief announcements and adjourned for lunch.

We will again have a table at the Southern California Genealogical Society’s annual Genealogy Jamboree, which will be held at the Burbank Marriott on June 5-7, 2015. We will be supplying our brochures to the attendees and are seeking additional volunteers to host the table. 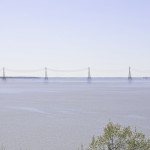 Governor Derrick gave an update about the efforts to preserve the views of the James River from Jamestown, Carter’s Grove and their environs that would be impaired  by 300-foot power transmission towers proposed by Dominion Power. She distributed packets of graphics and maps among all the tables. Our company accepted an invitation from the US Army Corps of Engineers to become a Consulting Party, and  supports the James River Alliance that is seeking denial of a USACE construction permit. We participated by phone in a September 25 Consulting Parties’ meeting in Williamsburg to voice our concerns and will again do so on December 9.

Our workshops for prospective members are still under development. We received ten responses from our survey seeking information about their problems. We are exploring guidance and direction for needed resources and workshop structure preparatory to holding a pilot event. 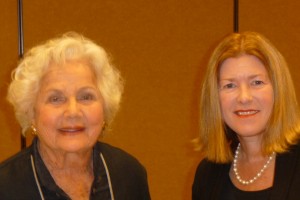 Here is her summary of her lecture, How did Pocahontas Cook Bear/Bare? The Annals of Early American Cookery:

The English who made a home in Jamestown, Virginia, arrived with a set of assumptions about food drawn from both medical theory and practical experience. They knew what was “good for them,” what they liked, and what they were able to digest. They were not adventurous eaters—very few of them could be described as “foodies”—but they paid a great deal of attention to the basic stuff of life, food and drink. This lecture discusses the origins of the sixteenth-century idea that food could transform the eater, for good or ill. It explains why travelers thought it necessary to bring with them English meats, grains, root vegetables, and beer, and examines some of the perceived consequences of eating “foreign” foods. It reminds us that there is nothing new about America’s national obsession with diet: we continue to fear that “we are what we eat.”

Dr. McClain also recommends these books for further reading on the topic:

Michael A. LaCombe, Political Gastronomy: Food and Authority in the English Atlantic World (University of Pennsylvania, 2012)

Our next meeting will be on January 17, 2015 at the Los Angeles Athletic Club, in conjuction with joint meetings of several lineage societies as hosted by The Society of Colonial Wars in the State of California.

We will announce the site and date of our Annual meeting in May or June 2015 as soon as arrangements are made.

For those who plan to attend the Society’s annual membership meeting in Williamsburg on May 16, 2015, you are urged to make accommodation reservations as soon as possible as William and Mary’s graduation ceremonies are the same weekend. 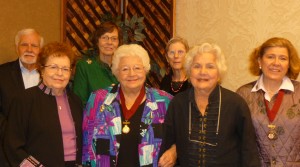 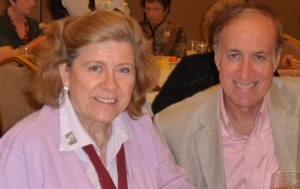 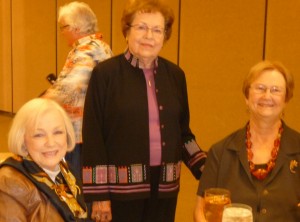 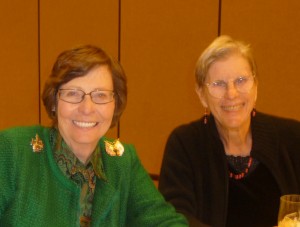 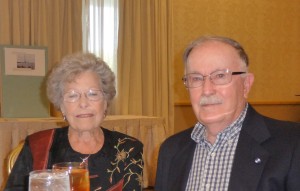 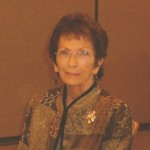 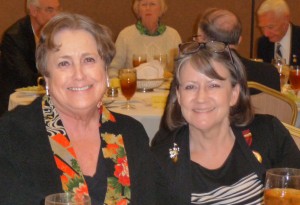 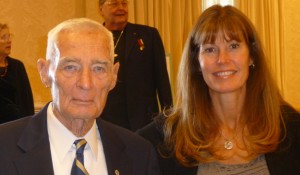 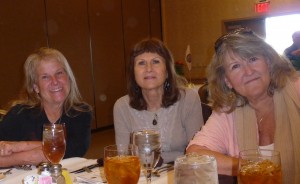 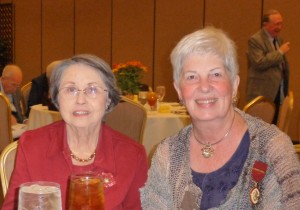