The Jamestowne Society’s 2018 Fall Heritage Tour gave me the opportunity to visit my ancestral Randolph homes, Tuckahoe and Wilton, near Richmond, Virginia on November 2.

William Randolph and Mary Isham Randolph of Turkey Island Farm are considered the Adam and Eve of Virginia as their children married into all the other First Families of Virginia. Their descendants include Thomas Jefferson (3rd President of the United States), Robert E. Lee (commander of the Army of Northern Virginia during the War Between the States), John Marshall (Chief Justice of the Supreme Court), Peyton Randolph (President of the Continental Congress), Richard Bland II (member of both Continental Congresses), John Randolph of Roanoke (Congressman) amongst many others….including me as William Randolph and Mary Isham Randolph are my eighth great grandparents. Elizabeth Randolph and Richard Bland I are my seventh great grandparents. 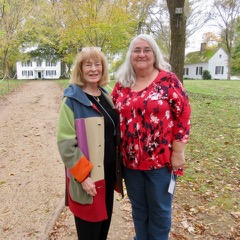 Susan McCrobie and me in front of Tuckahoe

It was a thrill to participate in the tour with my friend with my friend Susan McCrobie (2017-2019 Councilor and Communications Committee Chair) to visit my ancestral cousins’ homes. The group was divided into two buses. One went first to Tuckahoe and then Wilton, where we had a box lunch and the other group did the opposite. Our group leader was Anne Stokes Moore, (2017-2018 Historian and Special Events Committee Chairman), who did a great job.

Tuckahoe is the only early Randolph home still standing on its original site and was built by Thomas Randolph. Another William Randolph III, Thomas’s son, built a two story, four room house in 1733 around the original structure.

Later, a center hall and south wing were added, creating an H shape. The home is located on a bluff overlooking the James River. William’s wife died in 1744 and William in 1745 leaving young children. In his will, he asked that his cousin Jane Randolph (Jefferson) and her husband Peter Jefferson come to the Tuckahoe Plantation and care for their three orphaned children until his son, Thomas Mann Randolph Sr. came of age.

Tuckahoe has been privately owned and lived in by distant descendants of the Randolph’s since 1935. Majority owners are Addison B. Thompson and wife Sue as well as his sister and brother, Jessie Ball Thompson Krusen and William T. Thompson III.

Wilton changed owners four times before going into foreclosure. The National Society of The Colonial Dames of America in the Commonwealth of Virginia saved the home from demolition and became the final and present owners of the house. It was carefully dismantled and categorized for removal to its present home, south of Richmond on the north bank of the James River. It is a two-story building, a museum in a historic home, which had to be rebuilt. Not only rebuilt but refurnished as nothing in the home had remained.

Both properties are beautifully kept up…One is lived in and one is a museum. They both can be visited, which I highly recommend. I had a personal interest in viewing them but everyone on the tour thoroughly enjoyed this unique learning experience.

Note: Lore has it that Jane Randolph Jefferson commented more than once that she had heard the Randolph family were descended from English Royalty, which her husband, Peter Jefferson, ridiculed. Genealogists today trace William Randolph’s heritage back to Prince John of Gaunt and his third wife, Lady Katherine Roet (Swynford.) 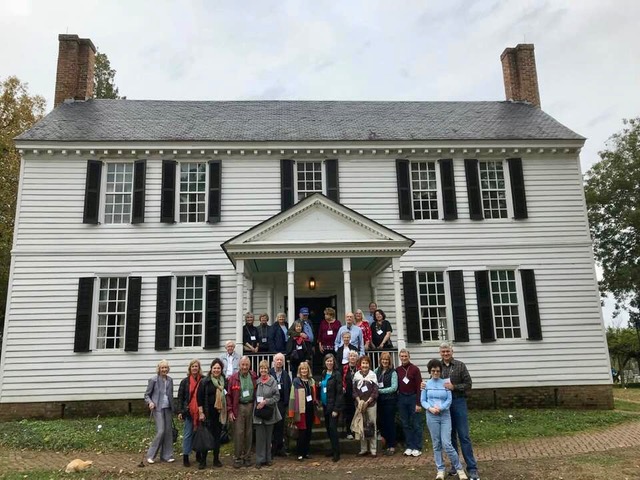 Tour group at Tuckahoe. I am in the front in my Coat of Many Colors. 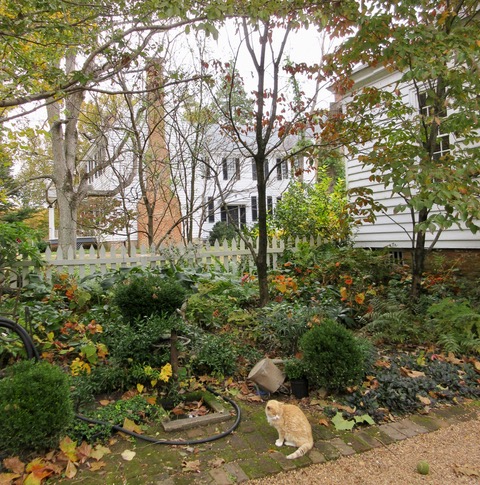 Tuckahoe with the friendly resident cat, who followed us all around the grounds. 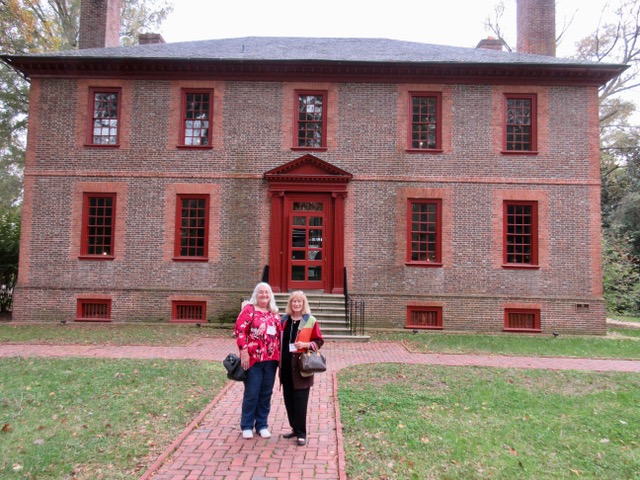 Susan McCrobie and me at Wilton 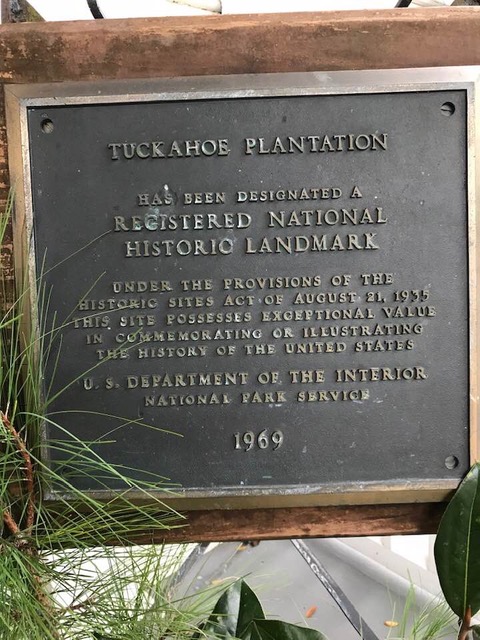 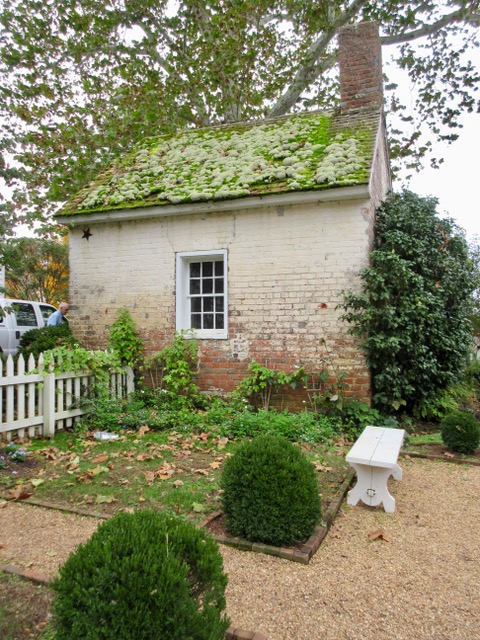