Our Fall 2018 membership luncheon and meeting was held at the Long Beach Yacht Club at noon, Saturday, October 20.

Historian Jim McCall noted that, at its events beginning July 27, 2019, the Society will commemorate the 400th anniversaries of the convening of the first General Assembly and arrival of the first Africans into English America. This will replace the customary May events.  He also shared a new book: 1619; Jamestown and the Forging of American Democracy, by Dr. James Horn. Governor Plemmons also urged all to see Jim’s article in the Society’s Fall 2018 magazine.

Past Governor Ginny Gotlieb, who is serving as a Jamestowne Society Councilor through 2020, reported more details of events that will be held July 27-30, 2019. Activities will take place on Jamestowne Island and at Kingsmill Resort, Williamsburg, VA, and reservations are now open. She recommended reserving early as luncheons and other space constrained events sell out early.

A letter will be coming soon regarding supporting this 400th Commemoration and the archaeological work being done on Jamestowne Island. The Roll of Honor recognizes gifts from companies as well as from individuals. A program will begin next year to honor individual burgesses. All are encouraged to support these 2019 events.

After the luncheon, member Erica Hahn and a past Governor of the Orange County Colony of the General Society of Mayflower Descendants, presented her lecture: 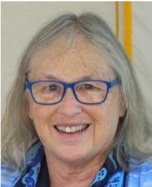 How Jamestown Led to the Sailing of the Mayflower

Both Jamestown, founded in 1607 by the Virginia Company of London, and Plymouth, founded in 1620 by English religious separatists, were products of the English drive for New World colonization as those of Spain and other major powers.

Three personages associated with Jamestown also ended up being major figures in the sailing of the Mayflower. First was Captain John Smith. Second was Captain Samuel Argall, employed by the Virginia Company to transport colonists to Jamestown. In 1613, he led an expedition that wiped out French colonies in Nova Scotia and Maine, thus securing the Atlantic seaboard for English speaking Protestants.

Smith returned to the New World in 1614, explored the New England coast and went home to publish A Description of New England, in which he described how it was ripe for colonization. The religious separatists then living in Holland must have seen the book. They had decided they needed to relocate and decided they would try colonization.

The third figure, and ultimately most important, was Sir Edwin Sandys.

Sandys was a principal officer of the Virginia Company and deeply committed to successful English colonization in the New World. He played a major role in keeping Jamestown going, including calling for the first elected representative body in Jamestown and conceiving the sending of 100 “maidens” to Jamestown to help stabilize the colony.

He was the son of the Bishop of Yorkshire, whose ecclesiastic seat was Scrooby. The Bishop’s manor was rented by the family of William Brewster, who would become one of the leading figures in the separatist community in Holland. In 1617, Brewster wrote to his old friend, Sandys, for help in transporting the separatists to the New World.

Sandys played a huge role in the negotiations, going as far as lending the separatists £300. He also helped to arrange an agreement between the separatists, antagonistic to the Church of England, and King James I, which enabled the grant of a patent for colonization. That patent allowed them to found a colony as far north as New York, but they ended up at Cape Cod in mid-November, as their captain was not willing to take them any farther.

The ship’s passengers, however, included both separatists and secular colonists, and there was a question as to who had authority to govern. In the end, all the men who were going to stay in the new colony agreed to a written accord of self-government, which we call the Mayflower Compact. It recognized that they were loyal subjects of King James and, being about to engage in democratic government, is certainly reflective of the influence of Sir Edwin Sandys.

The influence of Edwin Sandys on the language and content of the Compact is obvious. There would have been no Mayflower had Jamestown not been established first.

Following the program, Governor Plemmons convened the Membership Meeting and announced that we have plans for the coming two years focusing on the major 400th commemorations. She announced that ten new members have joined the company since June. Lieutenant Governor Marty Sommercamp reported that we have scheduled our 2019 Winter Meeting for Saturday, January 26 and is seeking suggestions for an appropriate venue in Riverside County. Her email contact is in the recently distributed Yearbook and also on our website. Governor Plemmons commended Treasurer Rick Burke for his major efforts to reorganize, update and complete the company’s financial records and accounts. His Treasurer’s report was presented and adopted and an amended 2019 budget was adopted. Governor Plemmons also reminded the membership and Friends of the Company to submit their dues as soon as possible as the October 1st due date has passed. She reiterated that membership is open to those who are Jamestowne Society members. Friends of the Company are individuals who are not yet Jamestowne Society members but would like to support our ongoing programs and be included in luncheon invitations and news of the Society via our blog.

Chaplain Sandy Bill conducted a brief memorial service for members Anita Guenin and Terry Whitcomb who had recently passed away.

Membership Chairman Martha Gresham encouraged those close to submitting their applications to do so prior to the end of the year as the membership and supplemental fees will then be increased.

Chaplain Bill provided the benediction and the meeting was adjourned at 2:10 pm. 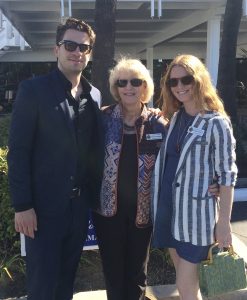